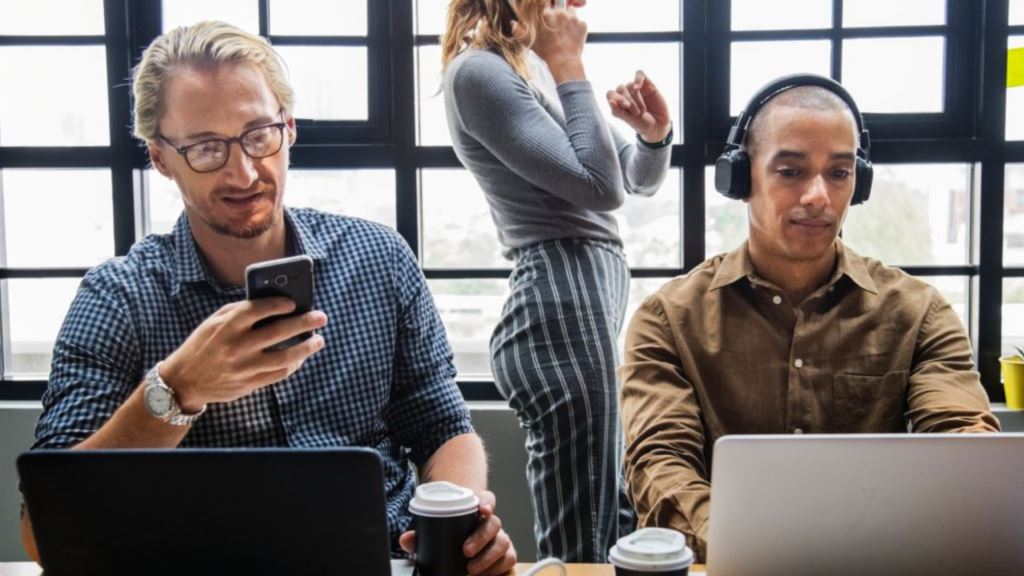 Mistakes are costly. And now you’re saying to me, make as many mistakes as possible because we learn from them. Yes, I am.

Hi there and welcome. It’s Kerstin Jatho here. A transformational coach who helps people shift from languishing to flourishing. In today’s video, I want to talk to you about how to measure performance in the hybrid workplace. Measuring performance has always been quite complicated. And now in the hybrid workplace, even more, complex and complicated. How will you know, as a leader, that your employees are doing what they’re supposed to do when they’re not physically in the office and you perhaps can’t even see them.

I had a coaching client who started with this conversation many years ago with a visual on if she would be on a Caribbean Island sipping cocktails in the sun, how would she know from a distance that her team was performing and doing the work that they were supposed to be doing? What would be tell-tale signs for her that it would not be the case?

It was a long process that we had to go into and discover. However, we came up with a seven-step process that helped her to do exactly that. And now, four years later, she has achieved that. So, the seven steps I’d like to share with you are:

The first one is: to be open-minded and learn to trust your team. You need to let go.

2. Team to solve own problems

The second one is: to allow your team to solve their own problems. And I know it’s costly sometimes for the team to solve the problems, but you’ll be surprised if you don’t step in how creative they actually are, how much accountability they take, and how much ownership.

The third one is: if a complaint does come in, don’t just fix it, analyse it, understand where in the procedure or process didn’t go well. Was it the process? Was it communication? Was the person not skilled? What really was it? So, you need to understand and analyse that step by step.

The fourth one which I think is very difficult for most leaders is: to develop as I would call them crocodile arms. Don’t jump in and fix it. Keep your arms off it, and allow the team to fix it.

The fifth one is: to embrace mistakes as learning opportunities. I know; that is very hard for many leaders to accept because mistakes are costly. And now you’re saying to me, make as many mistakes as possible because we learn from them. Yes, I am. Because every time you’re helping the team perform more and more, without you stepping in.

The sixth one is: to develop a system that while you’re on a Caribbean island, you get warning signs through a system that actually tells you things aren’t going well and that you can review them and look at them.

So, these are seven steps that help a team to actually determine where they are performing and where they’re not.

As I mentioned before, it does take time. It is a process, and you need to practice it as well as that. You have to change it and tailor it to fit your organisation as well as your team. When it comes to human behaviour, there just isn’t one size fits all. You need to design your size for your organisation.

Enjoy finding out how you’ll measure performance in the hybrid workplace. It is possible. Trust me!

Thank you for watching. I look forward to connecting with you in the next one.

How do you know from a distance if a person is performing or not?