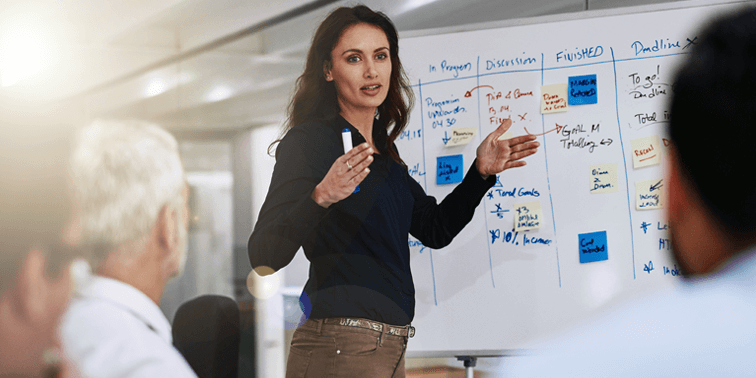 Most people strive to be promoted and climb the workplace ladder into a higher position, with their eyes set on becoming a manager and then a leader. So, why is it that when they reach the desired point for which they worked so tirelessly, things change drastically. Suddenly a star performer’s productivity and performance drops, their motivation dwindles, they deliver late, their work quality drops, and mistakes creep in. They won’t be sure how it happened and will be like a deer in the headlights, unable to move.

The analogy of the startled deer is precisely what happens. The newly-promoted leader enters a state of paralysis where they can’t move, begin to doubt their own abilities, lose confidence, and are unable to make concrete decisions. The senior leaders will ask themselves what has happened to their star performer, the person who was recently promoted and who they were expecting to re like a rocket.

What has happened to their star performer is that they have become “paralysed” in their new role. They were previously technically competent and highly skilled which made them perform at their best. Senior leaders recognised the potential in their star performer and promoted them to a more senior role with additional responsibility and a few team members reporting to them. What may appear as a formidable gesture turns into a nightmare. The challenge lies in the fact that the star performer has been promoted without the necessary leadership training on how to embrace their new role, tasks and most importantly how to lead their team. The essential people and soft-skills were never imparted, with the newly-appointed leader doing their best to figure it out by themselves. They will have to learn in a DIY style when it comes to leadership, which is not a recommended approach. Unfortunately, we see this situation very often and are called in to assist through coaching, training or workshops. Our next story is precisely about that.

The client was a well-established family-owned business where the owners wanted to grow the business to a level where they could hand over their legacy to the next generation leaders in the next 15 years. The leaders they had identified had been working in the business for the past 10 years which was why promoting them to manager seemed like a natural next step. It was everything but that.

After the initial feelings of elation and pride, the reality set in and the team’s as well the manager’s performance began to drop. Customers complained, mistakes occurred, team morale dipped, and workplace tension was escalating for everybody.

We were called in to help this manager make the transition from previously being part of the team and now being their manager. In addition, we needed to help the manager with some leadership skills.

We engaged with the manager for over 10 months, with meetings every two weeks. We designed a structured plan upfront of what would be key items to focus on as we believe that each situation is unique and each leader requires different skills to develop and grow. However, in this case study we will share three main things we applied to get the transition moving forward.

This three-step process was the start for the manager to transform. Many other soft skills and building blocks were shared, but are not discussed in this article. From the day we started the intervention, the manager has grown and developed a level of confidence and self-worth and has set new goals in his personal and professional life. There is nothing more rewarding than to witness an individual growing and developing in both these domains.

If your newly-appointed manager or leader is experiencing similar challenges, and you’d like our support, contact us at info@4seeds.co.za to schedule a free 30-minute consultation with our expert team.