Eight Myths Busted about Coaching in the Workplace 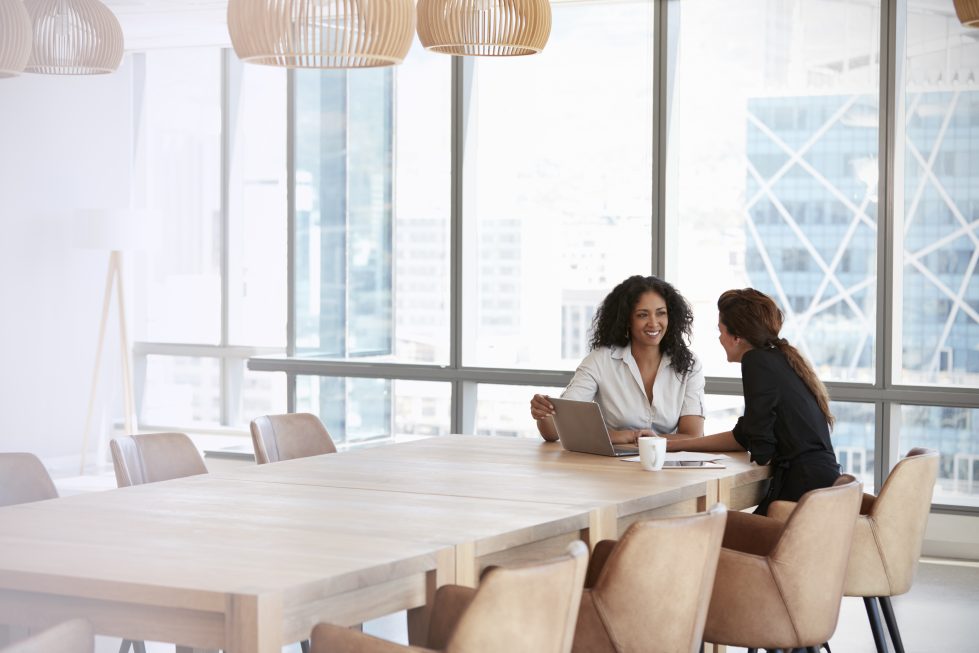 It’s human nature for people to want to evolve, which means that we strive to grow, develop and self-actualise. No-one is happy to just stagnate or stay too long in a comfort zone. Everybody needs a stretch goal to work towards, and a challenge and opportunity to upskill into becoming a better version of themselves. Sometimes we aren’t ready for the growth spurt and may feel overwhelmed by the mere thought of it. At other times we need someone to champion us on, to believe in us, and to hold us accountable for our commitments. Or we need an independent sounding board who can challenge our thinking and behaviour. Regardless of what it is you need, coaching in the workplace can support you to grow to your optimum.

It’s a known fact that all sportspeople have coaches that help them to bring out their best. In the working environment, it’s becoming more fashionable for executives and leaders to make use of coaches, but this is still a small minority. However, in mainstream everyday life, very few people spend time with a coach.

There are many reasons why people don’t want to use the services of a professional coach, however from experience people are generally misinformed and incorrectly educated about coaching so they shy away from the service.  In this article, I will address some of the primary myths out there preventing people from getting the benefits of coaching in the workplace.

The Origin of Coaching

Before I define coaching, I’m going to start at the beginning and explain its origin. The philosophy of coaching goes back to the 1880s with the development of professional sports where a coach was regarded as a professional tutor. There isn’t one pioneer who can be accredited for coaching; rather it’s a philosophy that evolved through the various psychology theories and humanistic sciences. Whether it’s the person-centred theory, gestalt therapy, behaviour therapy, cognitive therapy, rational emotive behaviour therapy, reality therapy, narrative therapy, or solution-focused therapy, each one contributed to coaching as we know it today. In the same vein, one can add influencers such as Timothy Gallwey, Werner Erhard, Thomas Leonard, John Whitmore, and Graham Alexander to the list of people who played an active role to sculpt coaching since the 1970s. Starting off as a self-help principle in the 1970s and 1980s, businesses began to understand the relevance of coaching managers to assist them to attain their peak performance and also for the company to increase its bottom line. In the 1990s, the coaching industry gained momentum with various articles and books being published on the subject. Today, coaching has become a common word in organisations with companies understanding that people development is very relevant.

There are endless definitions for coaching but for now, let’s keep it simple. Coaching is a process that improves a person’s performance. It focuses on the current moment and not on the past because what has happened and cannot be changed. The only change that is possible is the client’s approach and attitude about the past. Coaches partner with their clients to find new ways of doing things, thinking about concepts, and behaving differently, all in the spirit of maximising the client’s potential. So, it’s about creating awareness, learning new ways, choosing to act, and self-reflecting on the progress.

Now that you have an idea of what coaching is and where it originated, let’s dive into some of the workplace myths about coaching.

Eight Myths Busted About Coaching in the Workplace

In actual fact, they cannot and should not be compared to each other. Therapy works from the context that something in your past needs to be “fixed” and so it delves into your past history and childhood. Coaching is a catalyst process where the coach and the client work in the here and now on methods that can catapult the client forward in attaining his or her goals. Coaching sees the individual as wholesome and healthy, with all the necessary resources to achieve his or her potential.

One of coaching’s core principles is that it’s a non-dependent model, so coaching programmes try to create no co-dependency. Coaching sessions can vary from one or two sessions to three or six-month programmes in which you meet your coach every two weeks for 60 to 90 minutes. But if you want to grow and develop, you do need time for the action items that you have identified.

3.      Coaching in the workplace is for people who have problems

It needs to be emphasised that coaching is not a remedial performance review process. Neither is it a process that will transfer a manager’s problem to the coach. Rather, coaching is there to support the client to get unstuck in their thinking or behaviour, to get committed, and to become re-engaged by developing new tools to increase performance. Through coaching, people understand how their behaviour might hinder their own growth and we jointly explore ways to create a positive shift.

Ironically, it’s exactly at this time when you need a coach the most because the coach will support you to maintain this level of peak performance or take you to the next level. Coaching has its greatest success when a person is already motivated, committed and thriving but wants to continue to explore their blind spots and have a neutral sounding board.

5.      Coaching in the workplace is the same as mentoring

Think of it like this: the mentor is the wise sage who has been there done that and has the t-shirt. A coach guides you on your journey of peak performance without being the expert. Mentoring is an informal, unstructured approach which answers your questions and provides advice. In contrast, coaching is more structured, sets clearly defined goals and milestones of success, and holds you accountable.

Of course, costs vary based on the coach’s level of experience, years of training, and professional credentials, but most organisations are willing to pay for a coach. Different rates apply for personal and professional coaching and it’s best to research this upfront. Nowadays coaching is effective and efficient as it can easily be done over Zoom or Skype so it saves time and travelling costs.

7.      Coaching in the workplace is only for senior management

Coaching is for everybody in any organisation and there is no limitation. If you want to grow and develop then coaching is for you regardless of where you are in the company structure. Nevertheless, it does depend on whether your organisation limits coaching to only senior management.

Educate your team that coaching is about self-development and growth and that you are striving to be a better leader and role-model to them. You can even invite them to give you feedback as you go along or share why you behaving differently and that it’s part of your coaching journey. Include them in the process.

Coaching is here to stay and play an even more impactful role in the workplace. It gives you a safe and confidential environment for you to explore your thoughts, so it’s important to be vulnerable and identify your gaps with the fundamental goal of becoming the best possible version of yourself.

Contact us on info@4seeds.co.za if you need an independent sounding board who can challenge your thinking and behaviour.