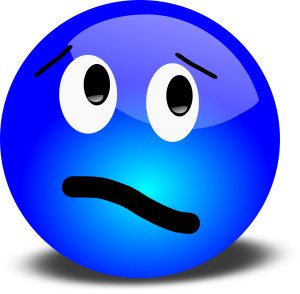 Positive Psychology, the science of being happy, is often criticised for being “happiology” because it focuses on positive thinking, positive emotions, and positive relationships, etc. People regard the happiness aspect to be skewed and something that suppresses negative emotions. This is a social myth because there has never been an intention to place negative and positive emotions at two opposite ends so that they compete with each other. Positive Psychology also doesn’t aim to create an “either-or” situation and its intention is rather to apply a holistic, inclusive approach. The words “positive” and “negative” or “good” and “bad” emotions sketch a black and white contrast where the one state is favoured. As much as this is limiting to our thinking, we don’t have any other language which can appropriately describe the dialectic tension between the emotions.

We need to give ourselves permission to feel the negative emotions and allow them to flow without repressing or holding on to them. It is precisely the state of suppression that drains our energy and leads to health problems like stress, blood pressure or digestive disorders. In very simple terms, the disease is triggered by the right side of the brain which in turn spills over into our glands and hormones and results in the entire body being affected with negative emotions.

We need to learn to cope and manage our negative emotions by making them felt and letting them go. We must give ourselves permission to have emotions move through our body without stopping them.

Try these methods to accept and work through negative emotions. Think of emotions as water passing through you.

1. Journaling about a negative emotion allows us to process and order our thoughts. This makes it easier to make sense of the situation and to let it go.
2. Give yourself a fixed time period to reflect on a situation but then consciously stop mulling over it. Your time is up – you’ve had enough time to dwell on it.
3. Bring in balance by looking at the positive moments of the day- one situation shouldn’t be given the power to ruin your entire day. Try and counterbalance it by identifying three positive emotions or situations for each negative one felt.

Emotions are just that, emotions. They exist and are part of us. Embrace them and learn to manage them. Do not repress or ignore them, rather acknowledge and work through them. Negative emotions are silent carriers of disease and psychological illness.