The Importance of Culture in an Organisation 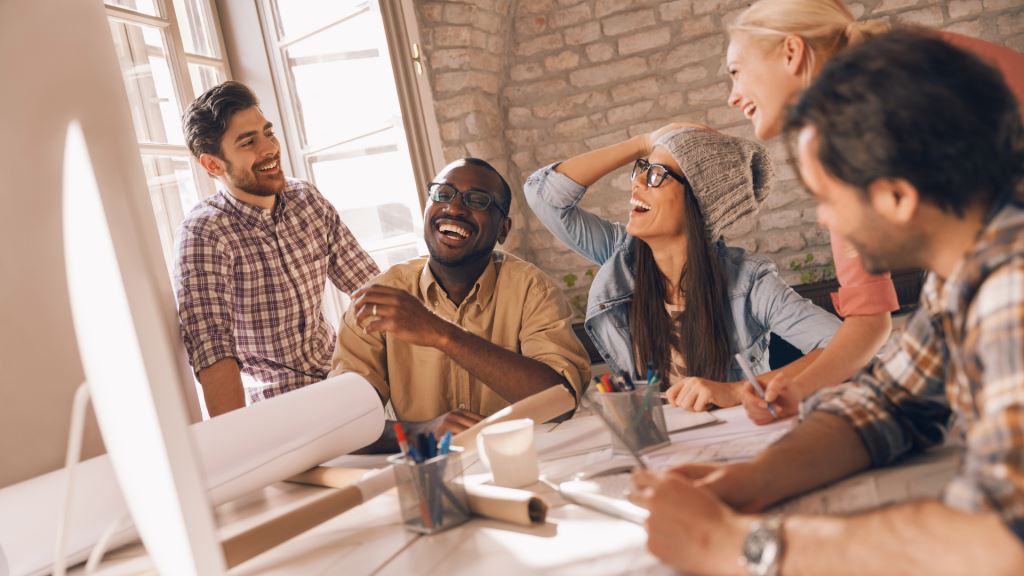 Kerstin Jatho · The Importance Of Culture In An Organization

Hi there and welcome. My name is Kerstin Jatho from 4Seeds Consulting, a transformational coach that assists organisations and individuals to shift from languishing to flourishing. In this audio, I want to share with you how culture is one of the most powerful, but under leveraged opportunities within organisations.

We take it for granted. We move on and we assume … we literally assume that it will literally be something static and that just carries on naturally and that it doesn’t need a lot of attention. However, that is where we get our thinking so wrong, because people are dynamic. People are ever-changing and continuously developing.

So culture does the same thing. And the aim with culture really is to make sure that everybody behaves in the same way or is aligned in our behaviour, feeds the benefits, the mission statement and the strategic goal. So, it’s bringing in standard behaviours and expectations and saying, this is the way we all would like to see you behave.

And in a way that’s a good thing because it really brings in fairness and equality of how we would like people to behave, because we have lots of people coming into organisations who come from various backgrounds and various upbringing. And we need to find a standard uniformity of saying, this is how we would like you to behave in organisations with each other, amongst each other, and towards clients. So it is quite a good, healthy process. I mean, just think about your own family unit. You’ve got a culture happening. You’ve got norms. You’ve got standards. You’ve got behaviours that are acceptable. You’ve got experience behaviours that will not be tolerated. So, over time, you as a family unit have actually created a dynamic culture.

And it might change. And if you, one person, doesn’t behave accordingly, you’ll be spoken to perhaps even reprimanded. The same happens in an organisation, but just in a much larger scale because an organisation is naturally much bigger than a family unit. And just think about culture, why it needs to be continuously monitored. As I said, as human beings we are ever developing and we express ourselves continuously. So you might have a person one Friday arrive at work, wearing jeans, without much thought of it. Next Friday, you’ve got two people who are wearing jeans. Third week, you’ve got four people wearing jeans. And within a time period of, I don’t know, two months, three months, suddenly Fridays have become jeans day.

It’s become a casual day. The question is that’s a culture that’s crept in without anybody saying anything. We’ve just copied each other’s behaviour. Now that might be a behaviour that is acceptable or works for you as an organisation. But it might be something that isn’t suitable for you at all, depending on the industry that you work in.

And now you’ve got to reverse this culture. You’ve got to undo it. And that’s, that’s where culture is quite tricky. If you don’t step in early enough and continuously monitor it, this is not something that is really beneficial for us as an organisation. So you do need a leader or multiple leaders continuously checking the pulse of the culture within the organisation and seeing, is this really something that’s beneficial to us or is it not? I would like to encourage you to jot down behaviours in your team that you find support the team’s objective.

The benefit is that you’ve got very concrete behaviours that need to be shifted over a certain time period. And you’ve got an opportunity to open conversations with your team. So, culture is something continuously changing in an organisation and it’s something one has to keep a pulse on all the time being mindful that behaviour and culture can be picked up by clients and the external environment very fast. So they sometimes can see the culture changing within an organisation that the organisation itself isn’t seeing. So, they are often good landmarks or benchmarks to go and get an idea from the external environment to see if they are appreciating the culture through the service that they receive, if that is still what they aligned with and what they are expecting from an organisation.

Thank you for listening. I look forward to connecting with you in the next audio.

When did you last assess your culture and establish if it aligns with the organisation’s or team’s objectives?